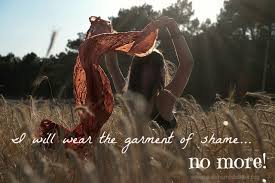 Jesus got into the boat again and went back to the other side of the lake, where a large crowd gathered around him on the shore.

Then a leader of the local synagogue, whose name was Jairus, arrived. When he saw Jesus, he fell at his feet, pleading fervently with him. “My little daughter is dying,” he said.. “Please come and lay your hands on her; heal her so she can live.”

Jesus went with him, and all the people followed, crowding around him.

A woman in the crowd had suffered for twelve years with constant bleeding.

She had suffered a great deal from many doctors, and over the years she had spent everything she had to pay them, but she had gotten no better. In fact, she had gotten worse.

She had heard about Jesus, so she came up behind him through the crowd and touched his robe.

For she thought to herself, “If I can just touch his robe, I will be healed.”

Immediately the bleeding stopped, and she could feel in her body that she had been healed of her terrible condition.

Jesus realized at once that healing power had gone out from him, so he turned around in the crowd and asked, “Who touched my robe?”

His disciples said to him, “Look at this crowd pressing around you. How can you ask, ‘Who touched me?’”

But he kept on looking around to see who had done it.

Then the frightened woman, trembling at the realization of what had happened to her, came and fell to her knees in front of him and told him what she had done.

And he said to her, “Daughter, your faith has made you well. Go in peace. Your suffering is over.”

There are many different ways to read scripture, but one of my favorite ways is to put myself into the story to see and hear what is going on. Musician and Bible teacher Michael Card calls it “holy imagination.”

It’s like being in an episode of Dr. Who where you get into his Tardis (a British phone booth that is really a time travel machine) and go to a past or future time and place.

So just imagine with me that we have landed the Tardis just a few yards away from the crowd surrounding Jesus. The excitement among the people is as palpable as a group of fans at a celebrity meet-and-greet.

That’s when we notice a woman frantically moving through the crowd until she was right behind Jesus, close enough to touch him. Without making eye contact with anyone, she kept her head bowed low as if she was trying not to be noticed.

Have you ever attended church or a Christian event when you were carrying a heavy burden of shame or guilt or pain, and you didn’t want anyone to know how badly you were hurting? You kept your head low, avoided eye contact, smiled that fake smile and said “fine” when anyone asked how you were. But you were hoping, no, you were desperate, to encounter the presence of Jesus there because He was your last hope. I wonder if that’s how this woman felt?

Michael Card writes, “When we read about what passed for medical care in Jesus’ day, this woman’s ordeal becomes clearer. One cure for bleeding was to fish an oak grain out of cattle dung and force the patient to swallow it. Not only did her condition worsen as a result of these ‘therapies,’ she was now broke, having spent all her money on doctors. Imagine a severely anemic woman, exhausted, desperate and at this moment afraid. Why afraid? Because she had heard the rumor that if she can touch the fringe of Jesus’ prayer shall, she will be healed.. But she knows that if she touches him and is discovered, she will be accused of rendering him unclean.”

Silently, she bent down and touched the fringe of his robe instead of speaking to him. I don’t blame her for keeping quiet. Her problem was too private and shameful to share within earshot of this crowd. Then all of a sudden she stood back up, straightened her back, held up her head with confidence sensing that she had been healed, and tried her best to blend back into the crowd.

But Jesus stopped, turned around, scanned the crowd and asked who had touched him.

Does that seem odd to you? He was God, after all–the all-knowing, all-seeing, omnipotent God who can see into the hearts of mortal men. Did Jesus really not know who touched him? I think he did, but for her sake he wanted her to come out of the shadows, out of her shame, and say “It was me. I did it.” He stopped what he was doing (on his way to see a dying girl!) to meet the needs of a women whom society deemed unclean, an outcast. Can you imagine how frightened she must have been when he called her out? What would you have done–remained quiet hoping no one could identify you, or come clean and admit what you had done?

Jesus’ disciples seemed a bit irritable as they tried to rush Jesus along. Their response to his question, “Who touched me?” was a bit sarcastic and brusque. The look on their faces said, “We’ve got more important places to go and more important people to see than to be interrupted by anyone in this crowd.

It didn’t take long for the woman to come out from behind a couple of villagers and approach Jesus. She fell at his feet, trembling, and spoke in a low whisper as she told him her story. What Jesus did afterward will be etched in my mind forever. He didn’t call his bodyguards to escort her out, and he didn’t scandalize her or exploit her by repeating her story to the crowd. He didn’t look at her with contempt or use her brokenness to teach his followers a lesson. He didn’t scold her for interrupting his important mission to save the life of a little girl.

With the most tender eyes and compassionate voice I’ve ever heard, he validated her faith and affectionately called her “Daughter”–giving her the same status as a beloved family member. And then . . . “Your suffering is over” he said. You could tell from the look on her face that his love had healed her body and soul.

“In that moment, Jesus did not expose her weakness and shame. He exposed her faith. He wanted her faith visible so that everyone who carries a secret shame—which is every one of us—might have hope. Jesus, the Great Physician, has the power to heal us from every sin, every weakness, every failure, every illness, and every evil ever committed against us.” (Jon Bloom, Things Not Seen)

Three things from this story resonate deeply with my heart, although there are plenty more nuggets of gold to mine in a deeper Bible study:

1. No matter how insignificant and alone you feel, Jesus has time for you. You are never a burden to him. Your thoughts are precious to him and he enjoys spending time with you. In his presence you will never be alone again.

2. Regardless of how you may have been mistreated by religious people or church communities or family, and even though you may have been ostracized and shamed by people who don’t understand you, Jesus offers you a seat at his table and bestows on you the privileges of family. He knows you from the inside out, yet he loves you passionately and is working for your good.

3. When you encounter Jesus, things will be different. You may find physical healing, emotional wholeness, or spiritual renewal, maybe all three. Yet you may still face struggles and hardship, perhaps even persecution for your faith. But the real treasure is found in getting to know him, the source of life, and in return finding the person he created you to be in his image. You have a purpose and a place that no one can take away. He will be with you in the struggles and the victories.

* Say, “I love you, Lord.”
* Thank God for his love that covers all your shame.
* Ask God to help you trust in his love.