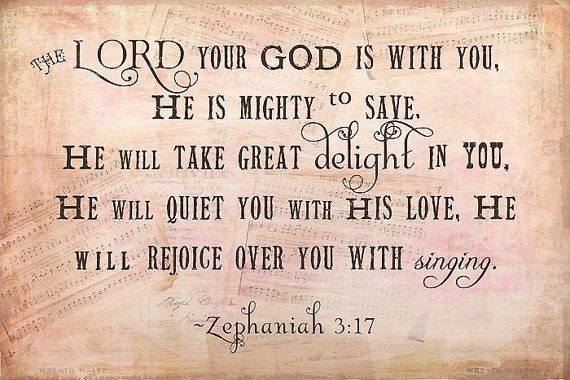 Several years ago on a hot summer day in Florida, a little boy decided to go for a swim in a lake behind his house. As he ran toward the lake, he discarded his shoes, socks, and shirt so he would be ready to jump into the cool water.

As he swam toward the middle of the lake, he was unaware that an alligator was swimming toward the shore.

His mother watched out the window of their house as the two got closer and closer together. Terrified, she ran toward the water, yelling to her son as loudly as she could. When he heard her warning, he turned around and began swimming back to the shore.

A farmer drove by, heard the mother’s screams, and shot the alligator. The boy survived, but he spent many weeks in the hospital. His legs were severely scarred from the teeth of the alligator and his arms had deep scratches where his mother’s fingernails dug into his flesh as she tried to pull him away from the alligator.

When a reporter asked to see his scars, the boy pulled up his pant legs to show the bite marks of the alligator. But with great pride, he showed the reporter the scars on his arms. He said, “I have them because my mom wouldn’t let go.”

Can you identify with this little boy? Do you have scars from a painful past? Did you wade out too deep into a dangerous situation and encounter an enemy who tried to destroy you?

Maybe you feel like you’re the object of a tug-of-war, and you’re not sure whether you’ll be rescued or pulled under for the last time.

Don’t despair. Jesus is standing on the shore holding onto you, refusing to let you go. His love is stronger than the enemy’s grasp and deeper than the depths of despair into which you may have fallen.

You may be aware of how much God loves you but did you know he likes you?

“O Lord, you have examined my heart and know everything about me. You know my every thought. You know what I am going to say even before I say it. You saw me before I was born. How precious are your thoughts about me, O God.” (Psalm 139:1,2,4,16-17 NLT)

Can you believe God considers us “precious” after reading our secret thoughts?

Listen to this proclamation of God in Zephaniah:

“Cheer up Zion! (put your name there in place of Zion) Don’t be afraid. For the Lord your God has arrived to live among you. He is a mighty savior. He will rejoice over you with great gladness. With his love, he will calm all your fears. He will exult over you by singing a happy song.” (Zephaniah 3:17 NLT)

Can you believe God is so glad to have you around that he sings about you? He isn’t like the fickle lover who serenades you one minute and gives you a harsh tongue lashing the next.

His love is not dependent on what you look like, who you know, or what you do. It is based on who He is. Whew, what a relief!

You say, “I can’t do it.”
God says, “You can do all things through Christ who gives you strength.” (Philippians 4:13)

David wrote in Psalm 27, “Even if my father and mother abandon me, the Lord will hold me close.”

The next time the enemy tries to pull you under, fight back with the truth of scripture and confidence that God won’t ever let you go.