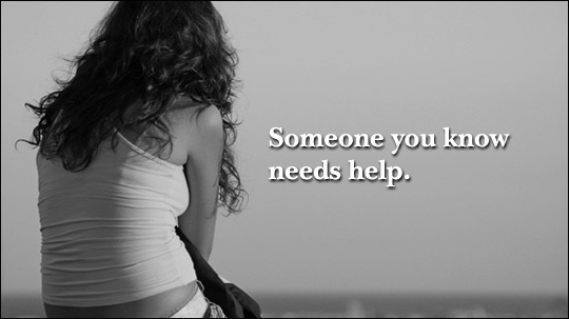 One of the reasons a battered woman is finally able to leave an abusive relationship is because she has someone who acts as her anchor in the storm.

“For a battered woman, having an anchor can mean the difference between helplessness and empowerment to work toward a solution,” says Susan Brewster, author of “To be an Anchor in the Storm.” She compares the role of friends and relatives of battered women to the anchor of a ship. The anchor:

* is made of the strongest steel which is able to withstand corrosive elements around it
* is grounded and unwavering against the strain of the tide
* stabilizes the ship, but does not control it
* does not rescue the ship or cut the line

It is not easy to be an anchor for someone who seeks your help one minute and then withdraws from you completely the next. However frustrating the situation becomes, the “anchor” needs to remain stable and available. It is tough to be the victim of abuse, and the more you can learn about the dynamics of domestic violence the greater help you will be to her.

It may be maddening to offer to help get the victim out of the situation, only to have her become angry at you and strongly defend the abuser. You may feel she deserves what she gets if she goes back to the abuser.

If you have never been involved in domestic violence situations, you may think the victim is over-reacting. However, her life may depend on you understanding that she is probably allowing you to see only the tip of the iceberg. If she is in a physically abusive relationship, her life could be in danger!

If you feel confused and overwhelmed at what action to take, think about what the victim feels as she looks at options which may turn her whole world upside down.

An “anchor” must overcome some of the obstacles and myths that block the way to helping a victim. Sometimes family members really don’t want to know the truth because they won’t know what to do with it. They might have to face certain realities and problems which are uncomfortable and shameful.

Anger at the victim’s decision to stay with or return to her abuser is another obstacle for an anchor. A victim may also be extremely needy and clingy, and it is frustrating to hear her story over and over again while she refuses to heed your advice and get help.

An anchor may also be repulsed by the victim and her unwillingness to stand up to her abuser. Before one can become an effective anchor, these negative feelings must be overcome.

Things an anchor should do:

Listen and ask questions. You should assume that she is revealing only the tip of the iceberg and the situation is usually much worse than she describes. Be prepared to hear her say the same things over and over, and let her know that you believe her. Ask probing questions that invite her to share more with you, but do not immediately use words like “abuse” or label her spouse as an “abuser.” She may not be ready to admit that she is the victim of domestic violence.

Educate yourself with the facts about domestic violence so you won’t alienate the victim or give her harmful advice. Get in touch with experts in domestic violence issues or read books on the subject to help you understand what she is experiencing and feeling, how the cycle of abuse works, and how to determine whether she is in imminent danger and needs immediate intervention.

Learn the signs of abuse (imbalance of power and control) so you will be aware of her situation even before she tells you what is really going on. Batterers often give themselves away by intimidating or verbally controlling their partners. A victim may also be isolated from friends and family. She may check with him often when she is away from him, and will not make even minor decisions without consulting him. She may put herself down and seem sad or depressed most of the time. If you see obvious signs of physical abuse, be aware that this is probably not the first time. Be aware of less obvious signs of physical abuse such as holes in walls, torn clothing, broken furniture, and financial control.

Things an anchor should not do:

Control the victim. Offering to help the victim only if she leaves the abuser is another form of control. You may have good intentions, but your control will create distance and mistrust. The victim can be guided and advised about her options, but trying to force or control her further demoralizes her. Respect her right to make her own decisions.

Rescue the victim. Unless she has asked you to intervene, rescuing a victim can result in making her feel criticized and treated like a child. A battered woman returns more often to her abuser when she has been rescued (without her total approval) by well-meaning friends and family members. A rescuer’s focus is on changing the victim. An anchor’s focus is on getting themselves into a position to help the victim when she is ready.

An anchor is one who hears, stays alert for non-verbal cues, and pro-actively educates herself to understand the dynamics of domestic violence. She helps the victim sort out the truth, look for realistic options, and encourages her in wise decision making.

In her book, “To Be An Anchor In The Storm,” author Susan Brewster lists 12 principles which can be applied when a battered woman shares her story of abuse with you.

1. Believe her! Most women minimize the extent of their abuse; very few lie or exaggerate the truth. It is very important for you to validate what she tells you as the truth. It is not as important to determine the precise facts of the abuse when she first tells you her story as it is to assure her you believe her. Sometimes it is hard for the battered woman to believe what is happening to her, and she needs to know that someone else believes that her perceptions and experiences are real.

2. Take her abuse seriously! Listen carefully to what she tells you and don’t minimize the seriousness of the situation. Her life is in danger if she is living with an abuser who continues to batter her physically. She is also in danger if she leaves him. Women who leave their abusers are at 75% greater risk of being killed than those who stay. A woman who is being physically battered should never be advised to go back home to the abuser until it has been proven through his actions and by the advice of a therapist who has expertise in domestic violence cases that he has truly changed. Returning too soon could be her death sentence.

3. Remain neutral; don’t take sides. Even if she says she hates him and never wants to see him again, don’t fall into the trap of agreeing with her and talking badly about him. She may change her mind about him several times as she remembers the good times and minimizes the abuse. On the average, women leave and return to their abusers up to seven times before they leave for good. You can provide support by reminding her of the facts when she wavers, and being a good listener when she needs to talk.

4. Respect her decisions; don’t judge her. You don’t have to agree with all of her decisions, but you must respect her right to make them. It may be very hard to watch her make the decision to return to the abuser, but focus on what she does well rather than what you determine to be her failures. After all, you aren’t walking in her shoes and you don’t have all the facts about her situation as she does.

5. Honor her feelings. Whether you feel her feelings are right or wrong, simply acknowledge them as her feelings. Give her the freedom to express them, and let her know that you sometimes have uncomfortable feelings. Don’t condemn her when she says she hates the abuser. Ask her questions to clarify how she feels and realize that she may detach from her feelings in order to numb the pain and stay in the relationship.

6. Don’t give advice! Don’t preach to her or say, “If it were me, I would . . .” She has been controlled by her abuser and does not need for you to become another person who judges and controls her. She may have lost confidence in her ability to make good decisions, and may ask you to tell her what to do. Instead of giving your advice, offer several options and ask her questions to help her make choices that will be best for her. In cases of life-and-death situations, intervention may be necessary that overrides this principle.

7. Control yourself, not her. Don’t tell your friend you won’t help her anymore if she returns to her abuser. That is just another form of control and just makes the situation worse. It is not up to you to punish or condemn when you feel the woman has acted foolishly or made unwise decisions. Instead of becoming more punitive and controlling, work on controlling yourself and your own feelings.

8. Show her your reality. Remind her of who she used to be before the abusive relationship. Help her move beyond the distorted perceptions of her abuser. Let her know that she is not the one at fault for her partner’s abuse. Remind her that she isn’t responsible for his behavior, and that nothing she could do deserves a violent response.

9. Try to empathize with her while maintaining your objectivity. It won’t help at all if you become as emotional as she is. She needs a safe person to go to who won’t fall apart or become uncontrollably enraged when she tells her story. She may be so overwhelmed at the problems and decisions facing her that she talks a mile a minute and constantly repeats the same things over and over. She needs you to help her stay focused on a particular topic and one problem at a time until she is able to make rational decisions.

10. Be a good model; fulfill your own needs. You may need to take a day off from dealing with your friend’s problems so your own emotional energy is not depleted. You may also need a friend in which to confide about your own feelings. Make sure that your occasional breaks don’t permanently distance you from the one who needs you.

11. Let her know how you can and cannot help. Be honest about what you are willing to do and what your limits are. Set healthy boundaries and communicate them clearly. When you are unable to help her yourself, help her find other options available in the community.

12. Suggest ways of helping her which don’t have strings attached—you don’t expect anything in return. Some people will only offer help if she leaves the abuser. She needs to know that your help is simply because you care for her.

If you decide to become an anchor for someone who is in an abusive situation, you will be giving someone a valuable gift—the gift of compassion. But it won’t be easy. You’ll need all the endurance and patience you can get. Start by educating yourself about domestic violence so you can recognize the signs of abuse, learn how to deal with the batterer, and understand the tangled web of confusion from which the battered women is struggling to get free.